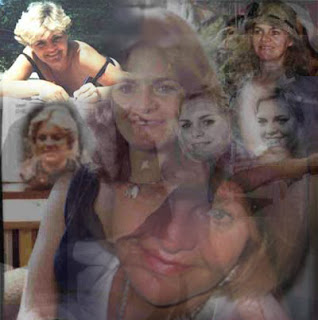 Creating a vision board to make a story for the sub-conscious mind can be a powerful tool on the path to manifesting whatever success you have in mind. Working with a small Master Mind Group to develop this enhances your creative abilities many fold because you can each support the other members of the group in their visions and get support in return.
There are various techniques to doing this to ensure a successful result and I will be sharing these with you during my workshop that will take place at the River Club, Observatory in Cape Town from 18th to 19th June 2011.

How do manifestations work and why?

During the seventies I was shown visions of possible manifestations in our reality, and only now 35 years later do I understand how they can come about. I was given a peep into a causal realm that holds no obstruction of time. I had no idea what happened to me at the time. I had never even heard of the word reincarnation. All I could understand was that I had to give up smoking, if I was ever going to be able to expand. 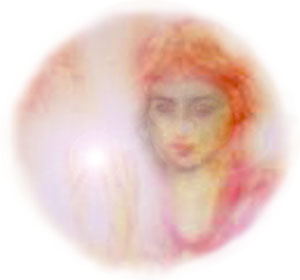 At the time I interpreted it as meaning getting bigger, physically. Since I had no interest in putting on weight I was not interested. Believe me I was clearly scolded for my ignorant response.

It was at that moment that I knew I had been given a choice. The vivid visions that followed have got me to where I am today.
At the time I had the nerve to ask how I could stop my addiction in an instant, and I was graphically shown how. I've never ever felt so nauseous in the blink of an eye. Needless to say I have never smoked a cigarette since then. 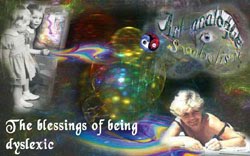 My search for truth had began. My Christian upbringing had not prepared me for the information that I exposed myself to, and it took many years to dismantle the beliefs I held dear,or had been programmed with.
Today 36 years later I have started to understand how these visions had been shown to me, and my novels and workbooks are the result of the 'stories' I saw through imagery. I was instructed to paint a reality with words.

I clearly remember asking why me, since I'm dyslexic and I was very good at avoiding any situation where writing was involved. The entity that I was conversing with was clearly frustrated and gave a last mental, and spiritual push that still is as vivid as if it happened in the now moment.

How were these visions projected to me, so my mind could translate them into form?

I was shown that only in the 6th dimension can the human spirit read the vibratory ranges that define our physical bodies with our thoughts and emotions. As the observer I was shown that on that level of awareness we human beings can truly bring any idea of a physical object, event or intent into our 3rd dimension. We humans are the game makers of this reality. 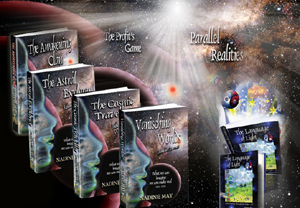 Our incredibly subtle energy body contains the memories of all our initiations, and therefore holds the records of our greatest potential. I was given the job of what I later called mapmaking our ascension journey.

Mapmaking to me means, we need to create a bridge between our 3Dand 6D consciousness.
The energy we humans produce by our thinking and feeling has more potential during these times than ever before.

Why?
Most people who are drawn to books, articles, video or web sites on ascension, have ancestors who originally came from Sirius. They knew the law of sacred architecture. The codes that have a creative potential in our reality is now known as the science behind sacred geometric forms. The Egyptians who built the pyramids are an example.

Whatever remains in form through time on this dimension is reflective of the higher dimensions. This higher science even bypasses time.

Today we hear of frequencies and wavelengths. We do not have to be scientists to understand that energy is split up into many different facets. We can observe that for ourselves through the spectrum of colour.

When our hearts are wide open, we align with our 6D higher body, which is a morpho - genetic field. This field of energy consists of a certain frequencies, created by all living species, man, animal and plants, visible and invisible, within and on our planet.

I was shown how our brains may not contain memories and knowledge, per se, but soon scientists will come up with devices for tuning in to relevant sections of our individual morphogenetic fields within our human body. 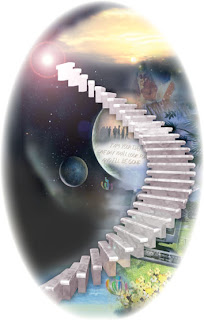 That is why we can only reach an awareness of having full consciousness through our physical human body. Whatever we physically create with our thoughts and feelings, in our individual morphogenetic fields there is a mirror reflection that holds the genetic, biological codes. This is like the codes behind a web site that project an image with colour and sound on our computer screen.

By becoming aware of every feeling in our body, emotionally, physically or mentally, we can create a bridge between our lowest vibrational human body to our highest soul body.
When we get in tune with the energy levels of our body, we can activate ourselves, especially at these our times.

Look at how cats are in tune with their body. How they stretch, walk, jump or sleep. By creating the bridge between our physical and our higher soul vibrations, by rasing our frequencies, we attract with our geometry codes of light, that which regenerates our body. I call these geometry codes of light our soul qualities.
I was shown how to create primordial forms through doodling. 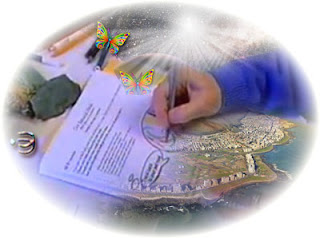 Simple, but very informative. Why?

The shapes, forms and colour we draw out, can bypass the time capsule, or the fixed pattern that creates or encodes the appearance of motion, change or even our history.

How does your own vision board help
to create a bridge with our higher soul body?

Memories can be stored in objects, or altars, which then becomes a time capsule.Your vision board can be seen as your altar. Altars are tremendous accelerators. The altar you create, either by a drawing, a collage, writing or a video; together with the feelings and intent you add to your altar creations will create a bridge between your 6D field and your 3D field. You can create, or build an amazing 6 D field filled with your own reflections about the reality you want to experience. Your altar is your doorway into other worlds. My novel Vanishing Worlds is the story of Annelies and how she experiences finding this doorway for the Jaarsma Clan.

What we can imagine, we can make real.
Vision boards work!
Namaste
Nadine May

The Language of Light

Promote Your Page Too

Welcome to my mastermind vision board network. I will be at the Celebrate life festival in Cape Town to give a mini workshop on this topic. For details click here

My Awakening to ascension series

The Awakening Clan Ingrid's journal - What we can imagine, we can make real
The first book in the Awakening series. Ingrid Barendse lives a normal life, working as a maintenance administrator in Holland. Unknown to her colleagues, Ingrid secretly yearns for a deeper understanding of the universe and after a message appears on her powered down computer screen from the mysterious POWAH, she starts on a journey to achieve Ascension and be awakened to her true self.

My Awakening to ascension series have the following purpose..

Promote Your Page Too